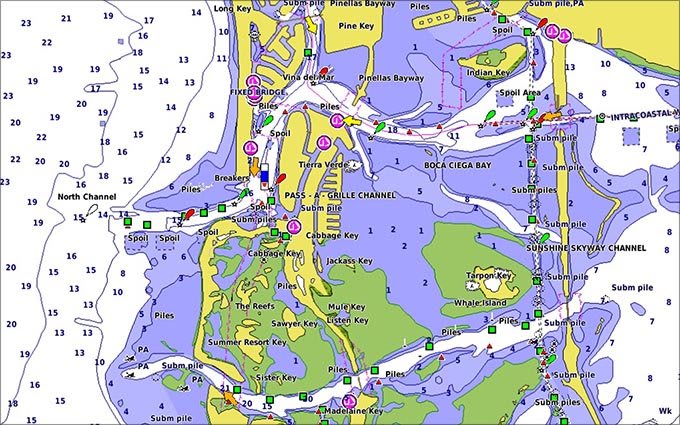 Detailed charts help the mariner guide their boat in and out of port with confidence. 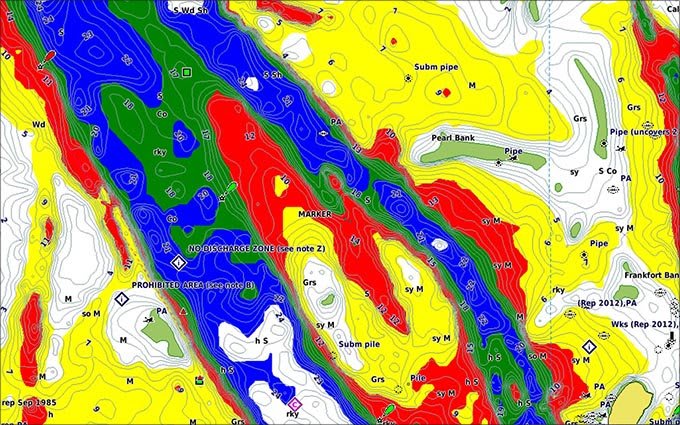 Displays high-resolution Depth Range Shading for up to 10 depth ranges so you can view your designated target depth. 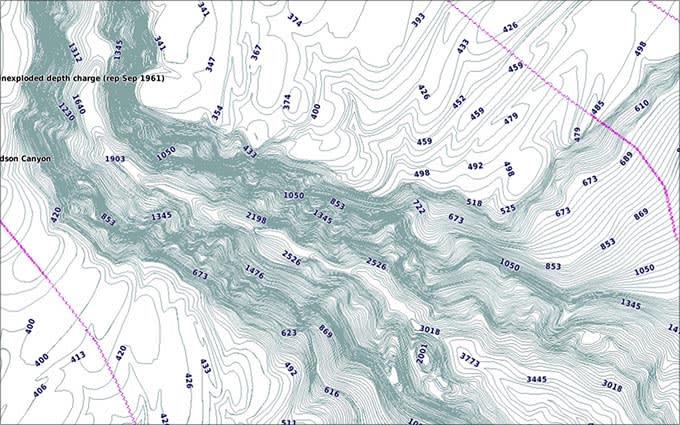 ¹Auto Guidance is for planning purposes only and does not replace safe navigation operations²Raster cartography is available for selected countries. It cannot be viewed on echoMAP CHIRP and ECHOMAP Plus combos but can be viewed on mobile devices via the ActiveCaptain mobile app 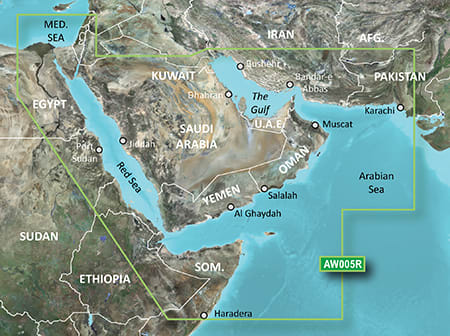 Coverage of the Arabian Penninsula beginning at the Mediterranean Sea from Beirut to Alexandria. Coverage includes the Suez Canal, Gulf of Aqaba, and the Red Sea and Gulf of Aden in their entirety. Includes the Strait of Hormuz, Gulf of Oman, and coast of Somalia in the south. Coverage the of Kuwait, Saudi Arabia, Qatar, United Arab Emirates, along the southern coast of the Gulf and Iran along the northern coast. Coverage of Yemen and Oman coasts along the Indian Ocean to the Gulf of Oman, including Pakistan along the north coast, with general coverage of the Arabian Sea from Qamar Bay to the Delta of the Indus River. Included in this overall general coverage are numerous detailed charts covering areas such as Alexandria, Egy., Beirut, Leb., Al-Fuhaihil, Ad- Dammam, Bahrain, Ad-Dauha, and Abu Dhabi.Jiddah, Sau., Djibouti, Dji., and Aden, Yem.